"You Can COME, But DON'T Talk About MARTIAL LAW!" Sad words from a Pastor and Others 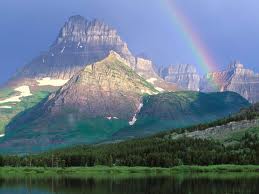 Glacier Park in Montana, right in the "hot zone" of covert NWO preparations

These words above were the sad words of both a pastor and a Christian woman in MONTANA, inviting me to Thanksgiving celebrations.I had shared with members of the church and people in the woman's home before. The pastor admitted he was a 501-C-3 tax exempt church.

They did not want to hear the truth, but the TRUTH  truth fills this area completely.Sightings of prisoner boxcars with shackles. Evidence of new FEMA and underground detention camps and underground bases being built and already here in this region. Eye-witness sightings of Russian troops rehearsing in these mountains, recently confirmed again by a Special Ops soldier training with them here. Federal agents spying on the American people intently here. Pentagon plans to take on all Patriot resistance under martial law. US Marines being hardened in Billings to take on all resistance. More guillotines reportedly  coming in. in Billings and thousands stored in Glasgow, MT. Deadly Pentagon spraying taking place repeatedly in Montana, using the local people as human guinea pigs for testing. And more.....

Are you plugging your ears at the truth in this hour? Are you failing to pray and to take cover or make preparations? Are you in DENIAL??? How foolish, when the truth is available to ALL through alternative websites like this.

Don't be caught off guard in this hour.

Posted by Pamela Rae Schuffert at 11:59 AM