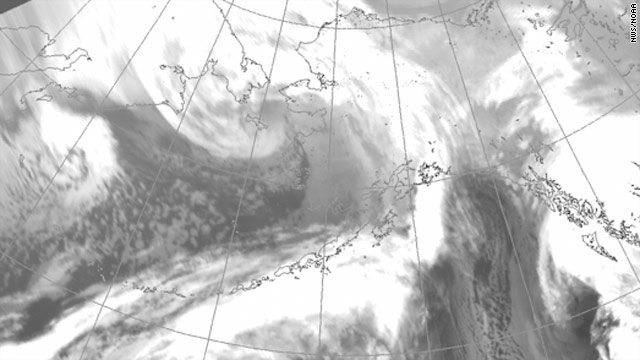 EMERGENCY UPDATE-SOME BUILDINGS IN KOTZEBUE HAVE BEEN EVACUATED! I just called the weather service in ALASKA, and they gave me a recent update on KOTZEBUE where Lisa is.I am now in the process of tracking her down. Concerned for her safety. Will keep you posted. PRAY!-PRS
************************************
Article:


Readers, PRAY for my friend LISA SHINDLER and her two children! They are endangerd by hurricane force winter storms hitting the Alaska coast, called the worst of the century. She is the person I am supposed to be joining soon in KOTZEBUE, ALASKA.

Many Eskimo villages are endangered by this terrible storm with water/wave surges of up to 15 feet, sending bitterly cold water sweeping over their villages.

Due to this winter hurricane blizzard, rescue efforts have been hindered and are not possible in some cases.

As of today, Wednesday,  Novermber 09, Lisa is not answering her phone. I have no way of knowing if she got evacuated or if tragedy has struck this village of KOTZEBUE, AK, which is also on the coast. 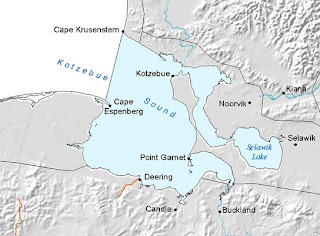 
A 'once in a generation' storm packing hurricane-force winds of up to 100mph and giant 35ft waves has hit the western coastline of Alaska.


The front of the storm has reached the city of Nome, bringing with it 60mph winds that are blowing roofs off some buildings and creating a snow blizzard that has reduced visibility down to just 400metres.


The tiny community of Wales, which is located 80miles north-west of Nome, is seeing 75mph gusts - hurricane strength - while the centre of the storm is currently over St Lawrence Island in the Bering Strait. A satellite image of the storm bearing down on Alaska. It is expected to produce a 10ft sea surge, forcing dozens of coastal communities to make emergency preparations
Last night, officials warned Nome's 3,600 inhabitants to evacuate as it bore down on the region.

A spokesperson for the National Weather Service in Anchorage said: 'This will be an extremely dangerous and life-threatening storm of an epic magnitude rarely experienced.'

The storm is expected to produce a 10ft sea surge, forcing dozens of coastal communities to make emergency preparations.

By yesterday afternoon, the ocean had started to churn in shades of grey.


The last time forecasters saw anything similar was in 1974, when Nome also took the brunt of the storm. That surge measured more than 13ft, pushing beach driftwood above the level of the previous storm of its type in 1913.


The storm, described by Mr Brown as 'big, deep, low', is taking an unusual path through the northern and eastern Bering Sea.


Winds from the storm are expected to push large amounts of water into Norton Sound, raising sea levels 10ft above normal throughout today. Calm before the storm: A passenger plane approaches Ted Stevens Anchorage International Airport on Tuesday, a cold and clear day in Anchorage Nome, Alaska: Officials last night warned the city's 3,600 inhabitants to evacuate as high winds bore down on the region. It is now being battered by the front of the storm
Making communities more vulnerable than in past years is the lack of shore-fast sea ice, said Jeff Osinsky, the National Weather Service's regional warning co-ordinator.


He said: 'The presence of sea ice can sometimes act to protect coastal areas.'


The bigger concern will be for Alaska Natives in the 18 villages in the region.

The village of Point Hope, which sits on the tip of a peninsula with the Arctic Ocean on one side and the Bering Sea on the other, is 7ft to 8ft above sea level, Mayor Steve Oomittuk said.


The Inupiat Eskimo village of about 700 people has no sea wall and no evacuation road. If evacuation becomes necessary, everyone will go to the school because it sits on higher ground and is big enough to accommodate everyone, he said.


Smaller communities that are vulnerable to storm erosion are of particular concern, especially the village of Kivalina, already one of the state's most threatened communities because of erosion.

FROM CNN-
A winter storm of hurricane strength was slamming Alaska early Wednesday with winds of up to 100 mph, high seas and blizzard conditions.
The National Weather Service called the storm moving into the state off the Bering Sea "a powerful and extremely dangerous storm of record or near-record magnitude."

Are you there? Send an iReport.

[Updated at 1:10 p.m. ET] Frigid winds like those now ripping across the Bering Sea into Alaska can cause more damage than warm winds, meteorologists tell the Christian Science Monitor.

"Cold air impacts the water more and can push the momentum of the wind into the water more," meteorologist Jim Brader of the National Weather Service's Fairbanks office told the Monitor.
Brader also said the winds moving in the same direction over a distance of about a thousand miles, something that means bigger waves and more water pushed ashore, according to the Monitor report.

That means people on low-lying islands and coastal areas may face big trouble, according to the report.
In fact, the village of Point Hope points out on its website how it had to move parts of the village to a new site during the 1970s because of the effects of storm surge and erosion.

[Updated at 12:36 p.m. ET] The wind chill at Red Dog Dock south of Kivalina, Alaska, was -14.1 degrees Fahrenheit at 8 a.m. local time, according to measurements from the NOAA's National Data Buoy Center. Winds were gusting to 70 mph and the temperature was 12.6 degrees Fahrenheit. The rate of ice accertion, the process of ice building up on solid objects, was more than 15.6 inches an hour, according to the NDBC data.

[Updated at 12:16 p.m. ET] KNOM radio in Nome, Alaska, reports via Twitter that a two-foot diameter log, ice and rocks the size of fists are being blown along Front Street in the town.

[Updated at 11:28 a.m. ET] Major coastal flooding and severe beach erosion is expected along the northern and eastern shores of Norton Sound, the National Weather Service reports. Sea levels are forecast to rise 8 to 10 feet and strong winds may push ice in Norton Bay onshore through Wednesday night, forecasters say.

[Updated at 10:04 a.m. ET] A Twitter user says their mother's house in Kotzebue, Alaska, is shaking so hard in the wind that the woman fell down.

[Updated at 9:53 a.m. ET] The storm is pushing water in to Norton Sound and flooding is anticipated in communities along Alaska's western coast, National Weather Service meteorologist Scott Berg, told CNN Wednesday morning.
Water has moved up to the base of some buildings in Nome and is expected to continue to rise, Berg said. The weather service also has reports of roofs being torn off buildings by high winds in Nome, he said.

The highest gust reported in the storm so far is 89 mph in Wales, Alaska, Berg said.
The weather service has not reported any significant snow accumulation so far, but it has been snowing continuously in some areas since Tuesday, he said.

"When the snow is flying sideways, it's kinda hard to go out and see how much is falling," Berg said.
The center of the storm is pushing northward and will turn to the north-northwest later in the day, he said. Communities including Kivalina and Point Hope will see worsening conditions, according to Berg.

[Updated at 9:34 a.m. ET] The National Oceanic and Atmospheric Administration's Hydrometeorological Prediction Center reports the storm is generating waves as high as 40 feet in the Bering Sea. Wind gusts up to 83 mph in Cape Lisburne, Alaska, and 76 mph in Wales, Alaska, the agency said.

[Posted at 6:32 a.m. ET] Early Wednesday, Twitter reports said wind speeds in Nome in northwestern Alaska had reached 100 mph. That would be the equivalent of a category 2 hurricane if it occurred in the tropics. Twitter postings reported structural damage in Nome, including the roof blown off a building. Landline phones were down, according to a Twitter post.

"These things get named hurricanes down south and get a category. It's that magnitude," said Jeff Osiensky, regional warning coordination meteorologist with the National Weather Service, told the Anchorage Daily News. The storm's scope was also hurricane-like, he said, covering 750 to 1,000 miles in breadth.

Chip Leeper, incident commander with the Nome government, told CNN that people in low-lying areas and on along the town's sea wall had been advised to seek shelter elsewhere.

Other coastal and island villages were preparing evacuations if surf became too high.

| Associated Press
ANCHORAGE, Alaska – High winds and surging waves pummeled Alaska's western coast Wednesday, churning the Bering Sea and forcing residents of Nome and isolated native villages to seek higher ground inland.
"We do have some reports of buildings losing roofs in the Nome area," said meteorologist Scott Berg at the National Weather Service in Fairbanks. "Also water at the base of buildings in Nome."
Nome Communications officer Zane Brown says the height of snow and hurricane-force winds hit at about 2 a.m. He says the city continues to prepare for a possible Bering Sea surge at high tide later in the morning, but so far damage is minimal.
Brown says a voluntary evacuation moved residents from beachfront businesses and homes to shelters at a community center and a church.
Planning section chief Mark Roberts of the state emergency operations center tells KTUU-TV that west coast communities were reporting isolated power and communications interruptions.But he says it's too early for a complete picture of damage.

The last time forecasters saw something similar was in November 1974, when Nome also took the brunt of the storm. That sea surge measured more than 13 feet, pushing beach driftwood above the level of the previous storm of its type in 1913.
Officials are concerned for Alaska Natives in the 18 villages in the region.

The village of Point Hope, which sits on the tip of a peninsula with the Arctic Ocean on one side and the Bering Sea on the other, is seven to eight feet above sea level, said Mayor Steve Oomittuk.
The Inupiat Eskimo village of about 700 people has no sea wall and no evacuation road. If evacuation becomes necessary, everyone will go to the school because it sits on higher ground and is big enough to accommodate everyone, he said.
Smaller communities that are vulnerable to storm erosion were of particular concern, especially the village of Kivalina, already one of the state's most threatened communities because of erosion.