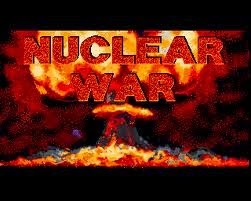 "It's not a matter of IF but WHEN. There WILL be nuclear strikes on American soil due to America's foreign policies in the Middle East. This is why we are storing up to 10 YEARS of emergency food supplies in the deep underground military bases across America, in full anticipation of  a prolonged NUCLEAR EXCHANGE."

When I received the above information from a fellow researcher a few years ago, I believed it immediately. I come from a US military family background and was born at the headquarters of the USAF, Bolling AFB. Military-related subject matter is important for all Americans to understand, especially as it applies to America's future and safety. Therefore I take the time to study America's military affairs intently.

After hearing this sobering news,I then began to pray in earnest for God to hold back the nuclear strikes on American soil, "for the sake of the elect.". I still do. And then I decided to watch for the warning signs indicating that this hour of future attack might be close at hand for America.

Besides the obvious fact that America is closely aligned with Israel, whose military is heavily funded by America and who wants more control of the Middle East plus war with Iran desperately, there are other serious events escalating in the Middle East that could herald WW III, and America is once again found caught in the middle of events happening there. 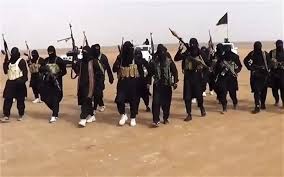 As soon as the MSM began to report on the recent murderous attacks by  ISIS/ISIL jihadists in Iraq, the alternative news media faithfully began to expose the truth behind ISIS and their bloody agendas.

Through reading excellent alternative new media reports on this subject, it became clear that ISIS is in fact being used by the USA and her allies in the Middle East for a greed-and-oil agenda. The US military reportedly trained ISIS mercenary troops back in 2012 in Jordan, according to Jordanian sources.

The US government is experienced in destabilizing regions and nations to put their puppets into power, also to enable the US to get their hands on national resources, including oil.

Historically, the US military and CIA is experienced in training foreign mercenary troops to do their bidding throughout the world, including Al-Qaeda, often concealing who trained them and what their hidden agenda really is.

And the controlled US mainstream media is being used continually to mask the truth to the American people and to cover up hidden government agendas. Hence the desperate need for alternative news media outlets to tell America (and the rest of the world) the truth. 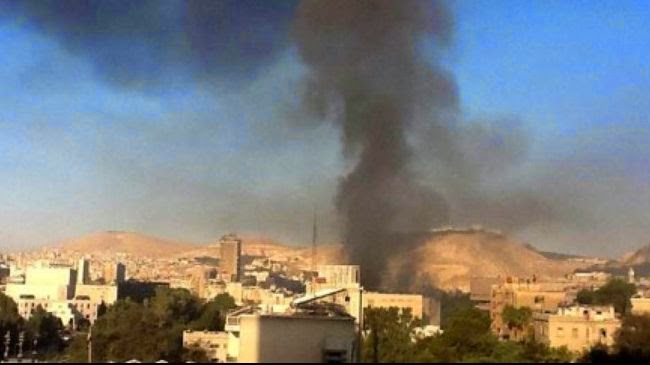 To add to the turmoil in the Middle East, Israel recently struck Syria numerous times. And they could not do this without the US arming Israel. Essentially, America has attacked Syria by proxy, through arming and funding Israeli military. This is part of their back-door strategy to continue US goals for destabilizing Syria and overthrowing Assad. In fact, Obama recently  issued his approval of this air strike on Syria. 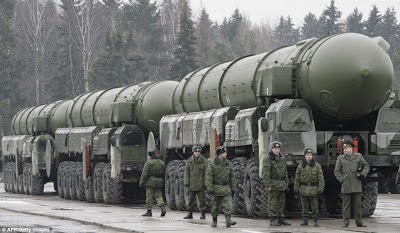 But the worldwide threat of the  ever-expanding US hegemony  goes far beyond the Middle East, now to the Ukraine and to Russia as well. Through US?EU/NATO meddling in the affairs of the Ukraine, America is brazenly defying and provoking the Russian Bear to anger and possible retaliation. Russia is fully armed  with nuclear missiles and more high tech military equipment, and  is now aligned with CHINA on many treaties.

It is for the reasons stated above, and perhaps more, that North America stands in greater danger of nuclear attack now than ever before, and with much more advanced weapons than the previous "Cold War" years.

Personally, I find it tragic that military analysts are fully aware of the dangers America faces at this time, and yet how little provision through American tax dollars has been made to save millions of fellow Americans from the very real threat of nuclear strikes. The vast majority of the American people are completely unprepared to face and survive should nuclear war come to our nation. 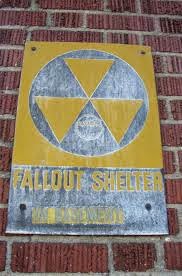 The US government and military have made abundant provision for the governing elite and the military to survive coming nuclear disaster, but 312 million of their fellow Americans do not have such resources available and at their disposal in time of war.

The US military has built hundreds of DUMB (deep underground military bases) throughout the North American continent. They are interlinked by huge underground highways and mag-lev ultra-modern high speed train systems that go from one coast to the other, and from one border to the other. Powerful nuclear boring machines are used to melt through solid rock to form these underground tunnels, moving at 6 miles per day.

These underground bases are virtually cities, complete with shopping facilities, hospitals, experimental labs, and much more. They descend down several floors, with some facilities going much deeper and containing ten or more floors. There are bases which actually descend at least one mile below the surface, according to some military sources. 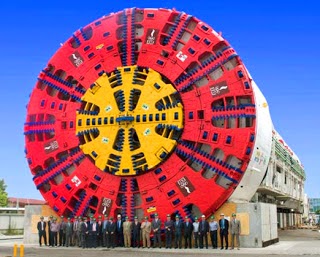 Huge underground refrigerated food storage units also are a part of the DUMB system. These units are often the size of several football fields, and are designed to preserve huge amounts of food for many years.

I spoke personally to a construction worker who I interviewed on this subject. He called me after listening to one radio interview I spoke on and said he had more information to give me. I listened in fascination for several hours as he told me what he saw as he worked on one covert underground military food storage unit. 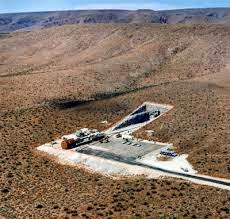 Entrance to a DEEP UNDERGROUND MILITARY BASE hidden in the desert

"Each of us workers was assigned a security guard who was dressed in a full HAZMAT uniform. They watched us intently as we performed our construction tasks. If I dropped even one screw, I was ordered by the security guard to pick it up. I noticed that these refrigerated food storage units we were shown (that were already completed) were the size of several football fields."

"One unit I was shown was stocked from top to bottom with nothing but CHEESE." But of course, we can assume that there is much more than cheese being stored continually in America's deep underground base food lockers! 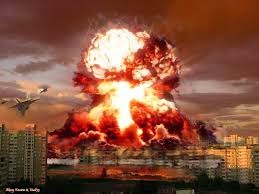 To recap what I have stated earlier, US military sources have frankly admitted that they know America is going to suffer severely under nuclear attacks in the future. And as they stated, it is not a matter of IF but WHEN.

The following link proves that I have been faithfully warning Americans about this for years now:

The Biblical and prophetic  warning that Billy Graham's daughter, Anne Graham-Lotz, has recently issued (see my previous article) is totally on target.

She may not have the years of research and information that I may have about this subject, but she doesn't need it. GOD KNOWS THE FUTURE PERFECTLY!

And Christians who take the time to pray and then listen to the voice of God through His Holy Spirit, will often be warned of things to come, just as she has been. Thank you, Anne Graham-Lotz, for courageously speaking forth what the Holy Spirit has impressed upon you to share with America in this critical hour.

The Holy Spirit is a discerner of things to come, and He desires to warn His people. Jesus declared regarding the Holy Spirit, "...and He shall show you THINGS TO COME."  It is time for the Church in North America to WAKE UP, to WATCH AND PRAY, and to LISTEN to what the Holy Spirit is speaking to us in this final hour of America's destiny. And finally, we must ACT on what God is showing us! 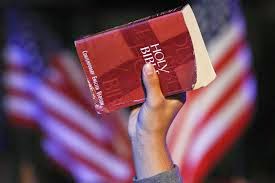 AMERICA, ARE YOU LISTENING???

It is time to return to the Lord our God
with all of our hearts.

It is time to repent of the sins that are destroying our nation.

Because without returning to God and repentance, America cannot be saved.

America will fall because of her sins
against God and mankind as well.

This remains America's only hope: 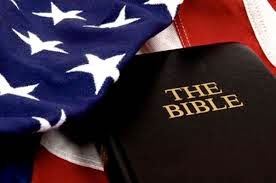 "For God so loved the world that He gave His only begotten Son, that whosoever believes in Him shall not perish, but have everlasting life."
~John 3:16~ 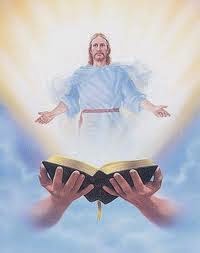 Jesus Christ remains the only hope
of America and mankind

In closing, I testify to America, that it has only been the prayers of His righteous and God-fearing Christian remnant who have interceded for America and God's mercy day and night, that America has not YET been judged fully.

If it were not for the presence of God's holy remnant remaining as leaven and salt in America, judgment and destruction would have come long ago for America's sins.

For the sake of His mercy on the elect, it has been held back for a season. And also because God has been waiting patiently for sinners in America to repent.

BUT HOW MUCH LONGER
WILL GOD RESTRAIN
JUDGMENT AND DESTRUCTION
FROM AMERICA???

BECAUSE WITHOUT REPENTANCE, JUDGMENT MUST COME.

Only your support can enable this vital work of
Christian investigative journalism for America to continue.

To be able to afford this work and to travel and investigate
full time I must live and work out of my vehicle.
Reader support is my only form of income.

Posted by Pamela Rae Schuffert at 11:45 AM