URGENT INFORMATION! Breaking My Code of Silence to REPORT AGAIN

By Pamela Rae Schuffert presenting investigative journalism from a Biblical perspective...meaning THE TRUTH 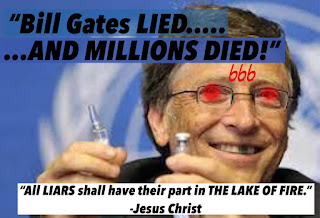 FINALLY... after observing and analyzing the entire past year to assess where AMERICA is going, from August 2020 to August 2021, I am prepared to resume my investigative journalism here on this blog once again.

My analysis of THE COVID SCAMDEMIC??? And the opinion of countless other people across the globe, including doctors and scientists??? It is simply the fulfillment of the NWO GLOBALIST AGENDA for a WORLD POPULATION REDUCTION PROGRAM. They also desired to eliminate the world’s “useless eaters” in society, such as the elderly and long term chronically ill.

The alleged “nasal swab” test was later examined under microscope and discovered to be deadly and pre-contaminated with the potential to MAKE PEOPLE ILL..and in the case of nursing home residents, to actually KILL THEM, as many shocking reports emerging from nursing homes nationwide over the past year have repeatedly confirmed.

And now, people are suffering and dying all over the world from the horrific “COVID JAB,” ignoring the warnings of thousands of doctors and medical experts worldwide: “DON’T TAKE THE FAUX VACCINE...it’s deadly and being used for a PLANNED WORLD POPULATION REDUCTION AGENDA!”

And the “hero” of many Christians and Patriots, DONALD TRUMP, PUSHED “OPERATION WARP SPEED” to get AS MANY AMERICANS INJECTED WITH THIS DEADLY KILLER “COVID JAB” as possible! SO MUCH FOR TRUMP’S CREDIBILITY AND CARING ABOUT THE WELL-BEING OF THE AMERICAN PEOPLE!

I simply decided to sit back for a year or so, and SEE what would unfold ONCE TRAITOR TRUMP DECLARED “MARTIAL LAW” on March 13th, 2020. I was warned repeatedly that once MARTIAL LAW WAS DECLARED, PERSECUTION AGAINST THE CHRISTIANS WOULD BEGIN IN AMERICA... and it certainly did!

“YOU CAN’T SING IN CHURCH...YOU CAN’T PRAY IN CHURCH...YOU MIGHT SPREAD COVID!!!” Many churches could not even MEET FOR FELLOWSHIP IN THEIR FACILITIES on the pretense of the fake “COVID EPIDEMIC.” Many church leaders and members suffered for daring to continue their services.

And of course, we cannot forget how Commie Biden and his NWO GANG stole the elections...NOT that TRAITOR AND DECEIVER TRUMP was any better. 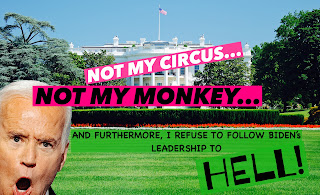 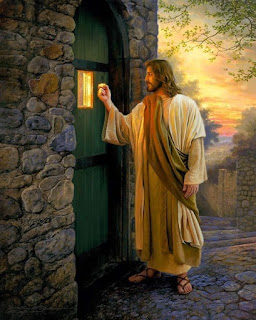 I have finally decided at this time to resume my reporting exposing THE TRUTH and what every AMERICAN should know at this time...and that includes ENDANGERED CHRISTIANS AS WELL.

For, yes, AN AMERICAN HOLOCAUST IS INDEED COMING, just as I have outlined and explained for many years. And for many, with the COVID SCAMDEMIC still destroying innocent lives nationwide, that Holocaust has already begun. Of course, the tragic Holocaust of the innocents by deadly ABORTION still goes on every day as well, guaranteed to bring JUDGMENT ON A MAJOR SCALE to this nation.

https://youtu.be/AfN-eFVcbno
GOD BLESS YOU AND REMEMBER TO GO TO MY YOUTUBE CHANNEL!
Posted by Pamela Rae Schuffert at 8:18 AM